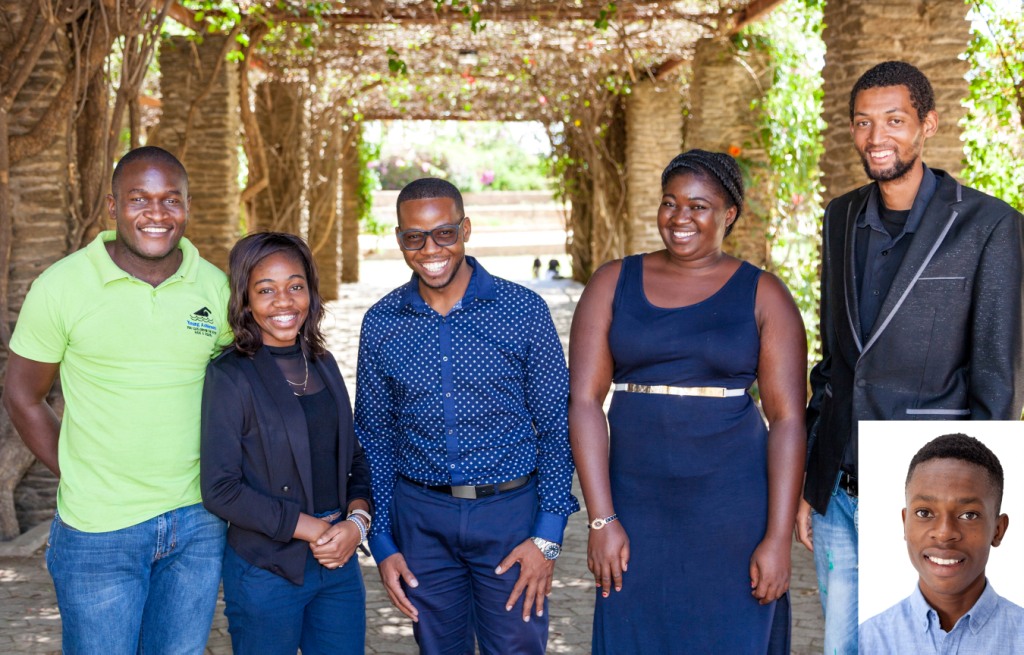 Climate change poses major challenges for society. However, in Africa we are at cross-roads in our development. We could copy the same destructive development path used thus far, or use climate change as an opportunity to go a low-carbon development path. This presents us with many niches. The youth have to enter society now with creative and critical mindsets, and systems thinking. With youth development being one of Namibia's big goals, climate change can certainly support this goal, both in the areas of mitigation (think rural electrification through solar SMEs), and adaptation. There is a need to bring youth together through a collaborative network and platform for engagement on climate issues, both in the advocacy area (tagline climate justice) as well as in the area of youth development and opportunity. A week ago, new leadership took over the Namibian Youth Coalition on Climate Change. The new board will be taking the Youth Coalition to new heights, and bring together young people from all over Namibia to have their voices heard, and work together toward a resilient Namibian society. One that pioneers innovation for the rest of Africa.

The new Namibian Youth Coalition on Climate Change Board members consist of (from left to right on the photo) Mr Michael Mulunga (Technical Expert), Ms Maria Amwaalanga (Management Officer), Mr Steven Harageib (Strategic Partnerships Officer), Ms Eva Josephat (Membership Liaison Officer), Mr Hans Hangue (Projects Coordinator), and Mr Reinhold Mangundu (Communications Officer). The board will have a team of advisers supporting them in their work. With the COP-22 reaffirming the Climate Agreement (keeping us all under the 2 degrees Celsius mark), there is lots to be done.

Steven Hawking recently, in an interview, stated that humans will be extinct in the next 1000 years thanks to climate change and other (mind you man-made and in our control) factors; with our only solution being to go and find other planets and stars to inhabit. I thought that John Sterman from MIT, when asked to respond to this statement, gave a very good answer. His answer was not fully encapsulated in the article, so he shared it with some of us via email. We thought it was a very good response, so we copy it here:

'While I respect Stephen Hawking enormously, speculating on how long homo sapiens will survive before extinction is foolish. Whether we survive and thrive or descend into chaos is not something to predict or lay odds on, but a choice to be made.

Regarding the prospects for heading into space and colonizing new planets: I grew up in the 60s. Like many kids of my generation interested in science and technology, I watched every space launch I could, from Mercury to Apollo and beyond. I watched Neil Armstrong take those giant steps for mankind. I believe we should explore the universe. But the problems we face are not 1000 year problems. The ecological footprint of humanity is already 1.5 Earths, while we have only one Earth - this means we [exist] today only by depleting the natural capital of the world and poisoning the ecosystems upon which all life, including ours, depend. And our impact is growing: the UN projects population will exceed eleven billion by 2100 (up from 7.4 billion today), while every nation seeks to continue economic growth without limit.

Whether we can prevent damaging climate change, and the broader issue of whether we can live within the limits of our finite world, will likely be determined this century. Anyone who thinks we can solve these problems by colonizing other worlds has been watching too much Star Trek. We must learn to live sustainably here, one the planet we have, and there is no time to lose.'

There was a panel discussion John participated in with the French TV network (France 24) on 15 November; the program framed climate policy after the US election in the context of the upcoming French elections and the rise of neofascism around the world. If you would like to watch them, tune in here (two parts): Debate 1 (Hollande/Trump/Putin), and Debate 2.

There is no doubt about the magnitude of threats we now face. Yet we need to realise that we can also unite in determination to work even harder to protect human rights and build a world in which all people can thrive. Youth, particularly in Africa, have a massive role to play in this.