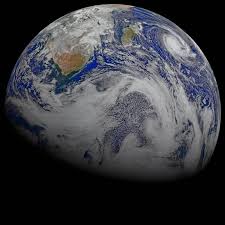 I was going to write about something else this week, when this extremely important news came out and I cannot think of anything more important than to share this. About a week ago, an article received overwhelming support when 15,000 scientists from all over the world co-signed an article published in Bioscience, the most to ever co-sign and formally support a published journal article.

The article is a second notice of a warning to humanity, after the first notice was published 25 years ago by global scientists, including the majority of Nobel laureats in the sciences. Back then, the concerned scientists cautioned that "a great change in our stewardship of the Earth and the life on it is required, if vast human misery is to be avoided." They proclaimed then already that fundamental changes were urgently needed to avoid the consequences our present course would bring. Since 1992, humanity has largely failed to make sufficient progress in this, and in fact most of the challenges we were supposed to curtail and solve, are now much worse. Because of horrifying trends in particularly climate change, but others too, humanity is now being given a second, and urgent notice. We are jeopardizing our future by not reigning in our intense but geographically and demographically uneven material consumption and by not perceiving continued rapid population growth. By failing to adequately reassess the role of an economy rooted in growth, adequately limit population growth, reduce greenhouse gases, incentivize renewable energy, protect habitat, restore ecosystems, curb pollution, halt defaunation, and constrain alien invasive species, humanity is not taking the urgent steps needed to safeguard our imperilled biosphere.

The articles states that "as most political leaders respond to pressure, scientists, media influencers, and lay citizens must insist that their governments take immediate action as a moral imperative to current and future generations of human and other life. With a groundswell of organized grassroots efforts, dogged opposition can be overcome and political leaders compelled to do the right thing. It is also time to re-examine and change our individual behaviors, including limiting our own reproduction (ideally to replacement level at most) and drastically diminishing our per capita ­consumption of fossil fuels, meat, and other resources."

"Sustainability transitions come about in diverse ways, and all require civil-society pressure and evidence-based advocacy, political leadership, and a solid understanding of policy instruments, markets, and other drivers. Examples of diverse and effective steps humanity can take to transition to sustainability include the following (not in order of importance or urgency): (a) prioritizing the enactment of connected well-funded and well-managed reserves for a significant proportion of the world's terrestrial, marine, freshwater, and aerial habitats; (b) maintaining nature's ecosystem services by halting the conversion of forests, grasslands, and other native habitats; (c) restoring native plant communities at large scales, particularly forest landscapes; (d) rewilding regions with native species, especially apex predators, to restore ecological processes and dynamics; (e) developing and adopting adequate policy instruments to remedy defaunation, the poaching crisis, and the exploitation and trade of threatened species; (f) reducing food waste through education and better infrastructure; (g) promoting dietary shifts towards mostly plant-based foods; (h) further reducing fertility rates by ensuring that women and men have access to education and voluntary family-planning services, especially where such resources are still lacking; (i) increasing outdoor nature education for children, as well as the overall engagement of society in the appreciation of nature; (j) divesting of monetary investments and purchases to encourage positive environmental change; (k) devising and promoting new green technologies and massively adopting renewable energy sources while phasing out subsidies to energy production through fossil fuels; (l) revising our economy to reduce wealth inequality and ensure that prices, taxation, and incentive systems take into account the real costs which consumption patterns impose on our environment; and (m) estimating a scientifically defensible, sustainable human population size for the long term while rallying nations and leaders to support that vital goal."

In 1992, when this news came out, we did not listen. In fact we have been wasting time with arguing over the growth model when in fact we are killing ourselves slowly. If we do not make a radical transformation NOW, "soon it will be too late to shift course away from our failing trajectory. We must recognize, in our daily lives and in our governing institutions, that Earth with all its life is our only home."