What kind of tourism do we want for our country? 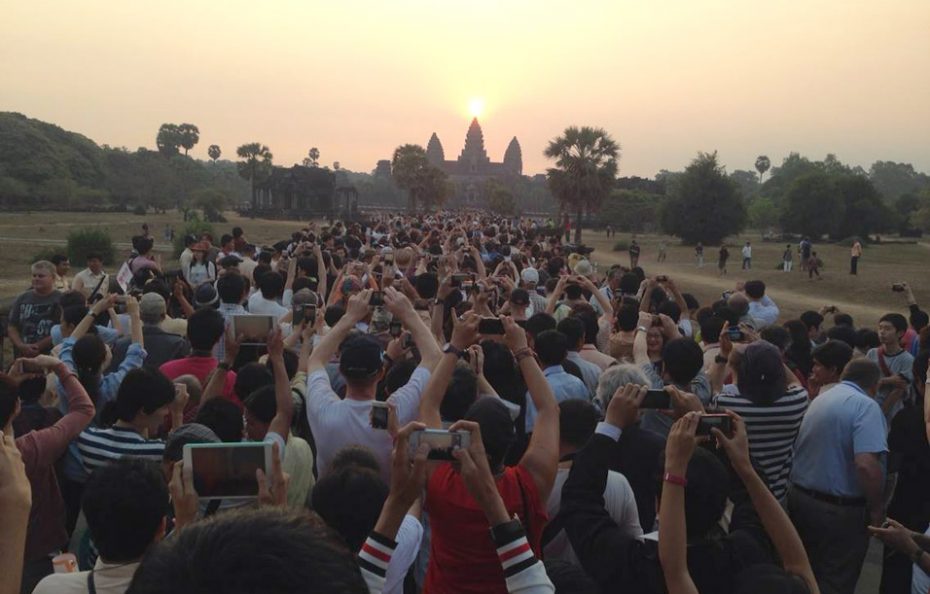 Two years ago my partner and I visited Barcelona, Venice, Rome, and other 'touristy' places. While we had a good time, I was shocked to discover how negative an effect tourism was having on local life. All over the place in Barcelona there were spray-painted walls with messages to tourists saying things like "tourists go home"; I could not blame them hearing about the mass numbers and type of tourists who visit (mostly people coming to get drunk and derogatory). Venice was a nightmare (there are more tourists on any given day than there are locals), and so was Rome, with conveyor-belt tourists armed with selfie sticks vainly taking pictures of themselves in front of iconic buildings and moving on without spending much time really absorbing where they were. It was hugely overcrowded. Last year there was a local uproar among locals in many cities against over-tourism.

Recently, the Namibian Chamber of Environment shared a documentary called "Overtourism", which shares much more about the type of experience I had in Italy and Spain. This is being discussed in Namibia too. In fact, while we are not nowhere near countries like Spain or Italy, we certainly are drawing more and more tourists in, and we need to seriously think about the kind of tourism we attract.

My partner told me a story when he was up north in the Kavango East region on his way to Zambezi when he stopped on the side of the road where there are various informal craft shops and was busy buying some things when he noticed a massive tour bus rolling in to a harsh stop creating a whirl of dust around the area. Tourists piled out. One tourist wordlessly went up to a young boy, took his photo, shoved N$10 into the boy's hand, walked back into the bus, and the bus drove off. I have heard many stories of older married males (and in some cases females) asking tour guides to be their pimp. I have spent time in the Zambezi region where tourists roll in and out of luxury accommodation while people and other life struggles just outside. The stark difference is depressing. Then, of course there is the south with huge amounts of lodges in the middle of the desert overusing water to a ridiculous extent with various (open) pools, sprinklers running in the middle of the day to keep exotic grass green to create this fake oasis in the desert, tapping underground water and there-by killing ancient acacia trees in dry river valleys, as well as any long-term future water use by the next generations. Then there are the tip-hunting tour guides in big buses who drive much too close to wildlife in (and outside) of parks, causing unnecessary agitation among animals, just for their tourists to get the closest photographic shot.

Of course, I am pointing out the bad here when we are certainly in a position where most tourism is still 'good' and in many ways respectful. But the small examples I mention above could quickly escalate to become the new norm if the tourism industry is not deliberate in how they engage with their tourists. We need to be very careful that we tailor Namibia as a package for a certain type of tourist. A tourist who knows that s/he is visiting someone else's home, who is respectful and shows interested curiosity to learn about the people and other Namibian life, who understands the country context and knows that coming here also means that one should contribute in some way to the improvement of life here. We pull tourists mainly because of our natural beauty, wide landscapes and our people. It is this experience that should be appreciated, and not taken for granted.

Tourism destroys what it seeks as it finds it. Hugh Berry

We do not want to get to the point where tourism takes more than it gives. Where Namibians feel they have their dignity taken from them because of the way tourists treat them. Where the sense of place (that attracts people in the first place) is lost because of tourism.

So far, tourism does so much for us in Namibia. And we have plenty of time to still decide who and how far we take it. This is a decision that we should all take together, through dialogue and conversation, but also through deliberate effort by the tourism industry (especially in terms of how we market out country to the rest of the world).