Some thoughts on Namibia's Annual Budget 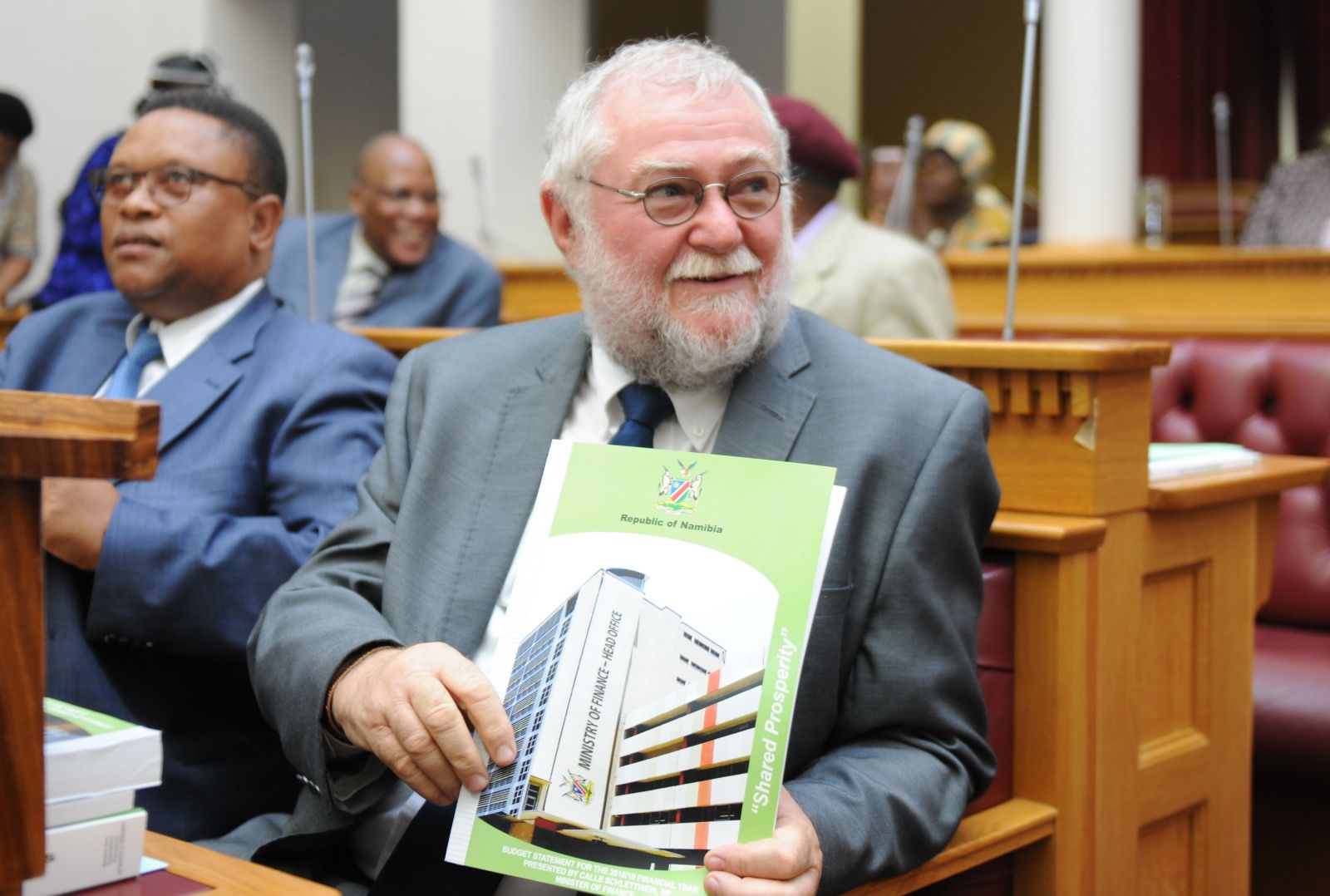 Namibia's Minister of Finance Calle Schlettwein released the annual budget last week. It is no secret that we are in a difficult financial position. The past few years we have been in a recession, and while projections reflect that this might change (only slightly) for the positive in the year to come, it is also a reality that the way our economies are structured and formed need to change radically. In our country, but also globally. The budget for this year sets out developmental outcomes, but seeks to secure a "new pattern of sustainable economic growth". Two things here. First...what is meant by "new" pattern? And second, there is no such thing as sustainable economic growth, because our economic system is not sustainable. The kind of growth we want is exponential (which is extremely dangerous if not checked). But we do not ask growth for what, for how long, and to what end. Growth is the means, not the destination. The linear model of extraction from nature (on which our economy wholly depends), consumption, and waste (back to nature) has led us to the precipice of human collapse (dragging of course more than 90% of biodiversity with us). At the same time, we sit with vast inequalities. So we have built what people call an enclave economy. An economy that destroys its foundation as it expands and grows and then collapses in on itself, while at the same time benefiting only a few people at the top of the pyramid. The budget statement talks about stimulating growth and bringing about decent jobs - economic growth on its own does not bring about jobs, nevermind decent jobs, without strategic and well-placed effort for it to do so.

The budget aims to stimulate growth by investing in some key areas, namely infrastructure, social safety nets, agriculture, youth and SME support. The infrastructure investment will be allowing for private sector participation, but primarily focusing on old-school infrastructure projects such as expanded road networks. One would think that leapfrogging to a totally new and innovative transport system (which could be co-funded through, e.g. the green climate fund) would go a long way to transform into a transport system that is less reliant on fossil fuels, makes use of natural and renewable energy, and decreases the risks (and general human wellbeing) associated with road traffic. Investing in public transport, effective rail systems, and more would help a country like ours leapfrog and ensure sustainability in an insecure world where the use of more fossil fuels will only increase the risk of climate change (and thus droughts etc) and broader environmental, social and economic collapse.

Then there is also a large investment into agricultural mechanisation. Agriculture needs to be completely re-thought, and investing in unsustainable programmes like the green scheme and spending more money on tractors which destroy topsoil will not support food security in the long-term. Investing in conservation agriculture and small-scale farming and cooperatives will go a much longer way into supporting food security in Namibia. In addition investing in regenerative programmes - looking at especially the Biodiversity Resource Mobilisation strategy that aims at better open-landscape and holistic rangeland management will go much further in safe-guarding the foundation of our agricultural production sectors - healthy ecosystems. I wrote a piece on this at the global scale which might give some context about what route we do not want to take.

When defense is allocated almost 6 billion Namibian dollars, and youth entrepreneurship projects less than 50 million, and SME development 110 million, I start to get very worried about whether our ambition is really to reduce poverty in our country. Creating an enabling environment for SME development is key to pushing toward a middle class, rather than a large conglomerate of companies being owned by a small number of shareholders (usually franchised outside of Namibia). Lorenzo Fioramonti and I wrote about what business would look like in a wellbeing economy - that is the kind of business we should be striving for. I must commend Namibia for actually pushing credit schemes and mentorship training under the SME umbrella, but would have hoped for much more financial (and transparent governance) support in this area.

One hundred million is allocated to the Emergency Fund (including climate risk). What this would be spent on is beyond me, but I would think that enhancing resilience by rethinking what we invest in to begin with rather than investing in things that are unsustainable and then having to clean up the mess afterwards through e.g. drought relief food aid for livestock - which in the long-run will outweigh the income derived from the investment. Don't get me wrong, of course we will face climate change no matter what we do with our economy in Namibia (especially if the global community does not pull together), but we can actually do things differently either way - we will have to.

What also worried me in the budget was the hope for commercial energy generation through IPPs (Independent Power Producers). It would be sad to go the same route as South Africa in this regard - which took the same model of big is good - so large IPPs which make lots of money for their shareholders, often with little to no benefits going to local communities, creating, once again, an enclave economy. Even if we are "greener" doesn't mean that we are more socially equal. We need both. If we invested in small-scale enterprises viz. youth skills building, venture capital access, and rural electrification (off-grid), we would tick many, many boxes (youth development, SME development, rural electrification with renewable energy, re-investment into the Namibian economy) and do so in a sustainable, self-sufficient manner. In other words, many small, spread-out, supporting more people, rather than a few big, concentrated, with the exclusion of many.

The budget aims to allocate more to social safety nets. I am certain we would make more social change and save money (through saving on process and administration) if we first tested, and then introduced, something like a Universal Basic Income. I have written about UBI before, so won't repeat myself here.

I will end there for now. These are only a few reactional thoughts after having gone through the budget statement. The bottom-line is that we need to be brave enough to transform our economy in a radical way, and it will not be easy, but it will bring us all to a better place. It is either that, or continuing business as usual and facing collapse. The feedback and clues are there already, both globally, and in our country. A few steps that might appear risky actually will turn out to be much, much less risky than the status quo.