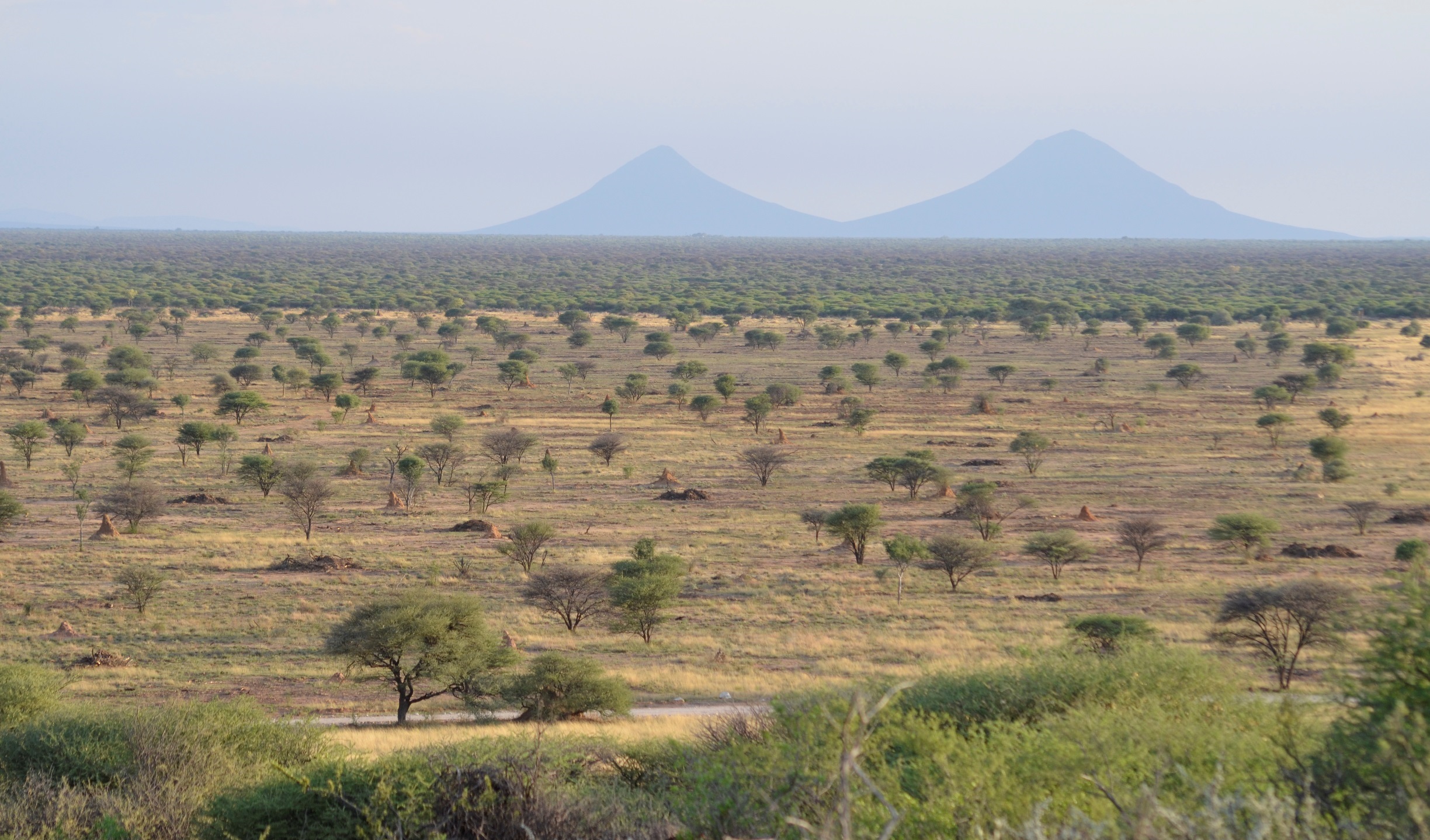 Namibia’s national anthem tells a story of freedom fight, love and loyalty. It praises the “contrasting beautiful” country and the “beloved land of savannahs”. Sadly, many areas in Namibia are not open expanses of grassland anymore. They have turned into thickets of thorny bush. This phenomenon is called bush encroachment and occurs across the savannah biome globally. In Namibia, bushes like indigenous acacia species, spread and form impenetrable thickets. More than 30 million hectares are bush encroached in Namibia. This is a third of the country – an area roughly the size of Italy. Bush encroachment is largely anthropogenic. Inappropriate rangeland management practices such as overgrazing, and the suppression of fires have been identified as the main causes. Further causes include the increase of carbon dioxide in the atmosphere and changes in precipitation patterns due to climate change. Bush encroachment has negative effects on the ecosystem and their services and causes substantial agricultural productivity losses. The landscape looks monotonous, biodiversity decreases, and it becomes difficult to spot wildlife. This potentially has a negative impact on tourism, which is a very important industry for the country. Hydrological studies also show that bush encroachment has a negative effect on groundwater recharge as bushes evaporate significantly more water than grass.

Controlling bush on rangeland is a huge challenge. The vast lands are difficult to access, thorny bushes are hard to handle, and most species are known to coppice stubbornly after felling. However, today in Namibia, the tide is turning. Namibians are starting to see the land and the bush with new eyes: Encroacher bush can be high quality biomass for a number of value chains. Farmers, entrepreneurs, technology companies and financers are buying into the enormous potential of this biomass for economic gains. A joint project of the Namibian Ministry of Agriculture, Water and Forestry and Deutsche Gesellschaft für Internationale Zusammenarbeit (GIZ) is developing and implementing strategies to improve the economic utilisation of bush biomass sustainably. Academia and government are starting to realise the value of a bioeconomy for Namibia. Policy makers are making bush control a national priority in development plans, such as the current National Development Plan (NDP5). This plan is part of the Namibian "Vision 2030" and identifies steps for economic progress, social transformation, environmental sustainability and good governance. Through sustainable land management practices, the country strives to achieve land degradation neutrality and optimal land productivity. Restoration of bush encroached lands and the sustainable management of rangelands are the main priority programmes under this strategy. This strategy is strongly aligned to international frameworks such as the United National Framework Convention on Climate Change (UNFCCC) through the Intended National Determined Contributions (INDC) as the well the Convention to Combat Desertification.

Out on the farms, as Namibia is experiencing extreme drought, one bush-based product is booming, animal feed. A range of scientific studies initiated by the GIZ project has shown that bush can be fed to cattle and small stock. However, bush feed must be produced and fed based on certain rules. Bushes need to be harvested in a specific way and at a specific time, the fibre needs to be milled, and supplements need to be added. This product has the potential to offset demand for fodder in times of emergency and save on feed imports, a commodity which was among the top ten imported goods in 2016 from neighboring countries such as Zambia. To date, the largest demand for biomass is created by the oldest value chain, the charcoal sector. The Namibian government has identified charcoal as one of the ten strategic industries for Namibia’s Growth at Home Strategy. The support is facilitated by the Ministry of Industrialisation, Trade and SME Development with various public and private sector stakeholders. Globally, Namibia ranks fifth in the export of charcoal and exported close to 200,000 tonnes in 2019. The charcoal is thriving on international markets as consumers are increasingly environmentally conscious. Charcoal made from Namibian hardwood is not only a high-quality product, it is not made from tropical wood and not connected to harmful deforestation. Rather, it contributes to rangeland restoration. In addition, there are positive social aspects as charcoal production also has an enormous employment potential for the country. The sector employs some 7,000 workers, mostly from rural areas where jobs are scarce. This adds up to at least six per cent of the total labour force of the agricultural sector. Certification by the Forest Stewardship Council (FSC) is rapidly increasing in popularity in Namibia. The area certified by FSC has increased by a factor of three in the last three years. An FSC standard suited to Namibian conditions has been formalised in 2019.

Bush biomass utilisation will go a long way in Namibia, especially if innovative value chains such as animal feed and biochar are developed in order for the farmers to realise benefits of thinning. This requires a paradigm shift from viewing bush thickening as a threat to rangeland to an opportunity and increasing awareness and access to improved climate friendly technology e.g. of harvesting and processing, training and accrediting SMEs and strengthening the capacities of relevant government are some of the important interventions in creating a sustainable woody biomass sector. 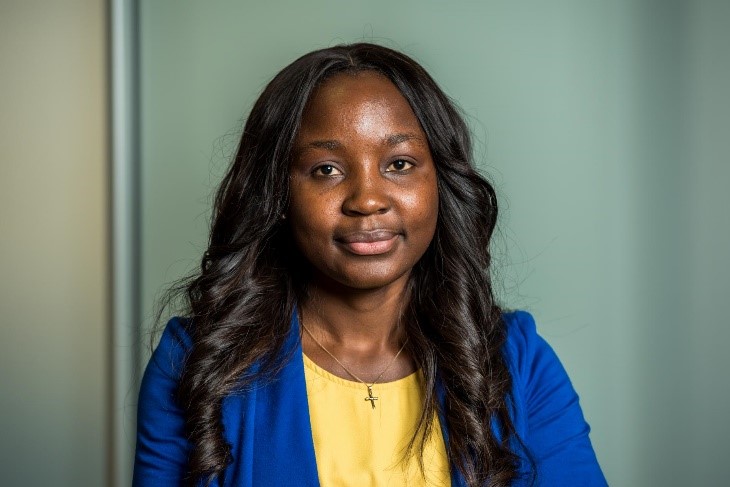 Asellah David holds a postgraduate degree in Poverty, Land and Agrarian Studies from the Western Cape University in South Africa. She is interested in international relations, communication for sustainable development and sustainability topics. Her work experience before joining the Deutsche Gesellschaft für Internationale Zusammenarbeit (GIZ) focused on climate change adaptation in Namibia, sustainable land management, youth development and biodiversity conservation. In her capacity as Knowledge Management Advisor at the Bush Control and Biomass Utilisation (BCBU) project implemented by GIZ in Namibia, she is responsible for research and development, management of the projects knowledge base and communications for the project. More on the BCBU project, visit www.dasnamibia.org